Well – it was a good decision to wait a day to leave again. The winds yesterday were gusting around 28 knots and the only boat we saw coming in looked quite frazzled after their trip, so we were happy not to be out there. A Dutchman did leave, but the rest of us stayed firmly put with a day spent cleaning the boat! It would be nice to say that the weather had cleared totally for our trip today, but it hadn’t. However, the wind had dropped a little, but was still resolutely from the south, exactly where we wanted to go. So, with some fiddly navigation through the islands, there was no way we were going to be able to sail. That meant motoring all the way …. We logged 31.7 miles and the weather alternated between bands of rain and then cloudy spells with occasional gusts to ensure you didn’t take any layers off, just in case you got over-confident when the rain stopped!

For the last hour the visibility closed in and though we could still see the various markers (and rocks), the Navionics on the tablet came into its own. We had chosen a (hopefully) sheltered anchorage, but it did have quite a tight entrance. On paper, this looked fine, but in practice it didn’t! The gap was between one of the islands and a small rocky patch covered in cormorants and even they must have been worried as they flew straight off when they saw us coming. There was a much larger gap between the rocks and the more northerly island, but the chart said that was too shallow. I did a treble take as it as difficult to believe that this was the way in, but …. it was. You could more or less have stepped off the boat either side, but the depth did stay at around 5 metres, so the chart was right (up to a point). Once in there was loads of swinging space and though a little chop came in from another gap to the SE, it was easy enough to find very sheltered swinging space. Once in, the sun came out, but by this time we just retired below to try and warm up. 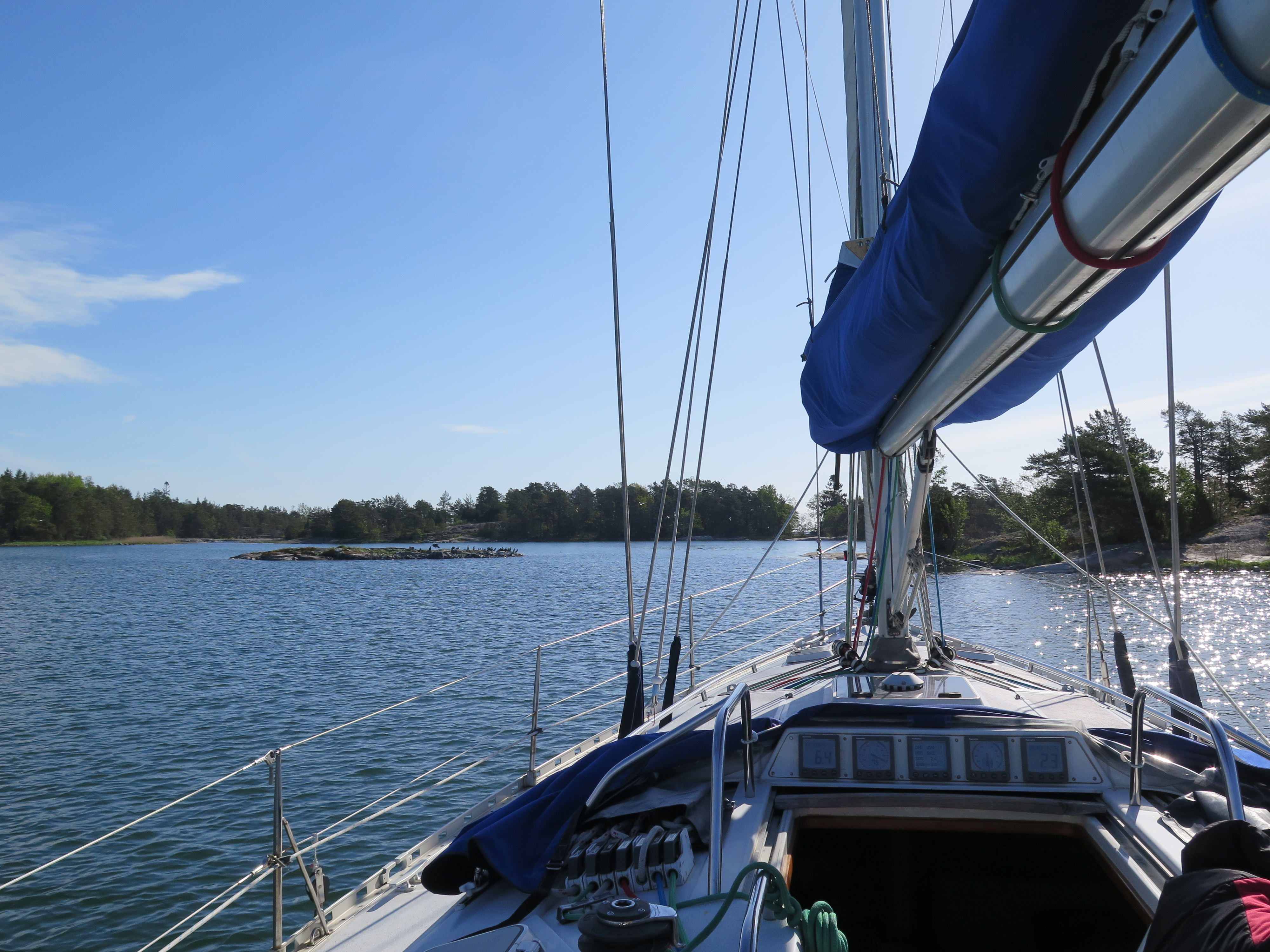