The next day dawned a lot nicer. The bay at Huholmen did prove very sheltered and comfortable at anchor overnight – particularly once the wind went round to the SW. So, today, we headed off again. The easiest way out should have been through the same gap we entered through. Having got in though we may have got over-confident and I took an almost indistinguishably different line on the way out. I must have been very slightly closer to the rocks on the south side and it turned out that, while the small rocks to the north of the gap were virtually a sheer drop underwater, the ones to the south weren’t! So – we gave them a nudge and gently bumped our way out. We were only doing about 1.5 knots so almost certainly no damage (perhaps a slight scrape to the antifoul), but it did dent my ego! However, I prefer to think of it as just giving the rocks a little clean on the way out ….

Once out the weather was much improved at first. The trip started with a section weaving through the islands and early on we saw a massive cormorant roost on one of the islands – probably the largest we have seen yet. Once the cormorants take over the island, they gradually kill all the vegetation and the island takes on a ghostly white pallor (the white being …. well you can guess). The trees are all dead and just outlines against the sky making the nesting birds highly visual. off the end of this island we also saw a spectacular sight – a pair of white-tailed sea eagles. These birds are making a gradual comeback in Sweden and can have a wingspan of up to 3 metres, making them highly visual in flight. Seeing a pair was a bonus, though the other birds around seemed less happy to see them, buzzing them and trying to frighten them away from their territory.

Later in the trip we got buzzed by a flotilla of around seven Swedish military boats – of course Sod’s Law, we met them when we got to the narrowest gap, but they were very considerate and slowed down to pass us later! After that though we had to head into more open water and with the wind increasing (from dead ahead of course), it got less comfortable. we gradually got a lee as we headed round into the inlet leading up to Vastervik and it was fairly calm once we got there. We arrived shortly after midday with 32.6 miles on the log. The Gasthamn was closed, but they were getting ready for the season and so the friendly harbourmaster gave us all the codes to the facilities etc. but then refused to accept any money for any of it! 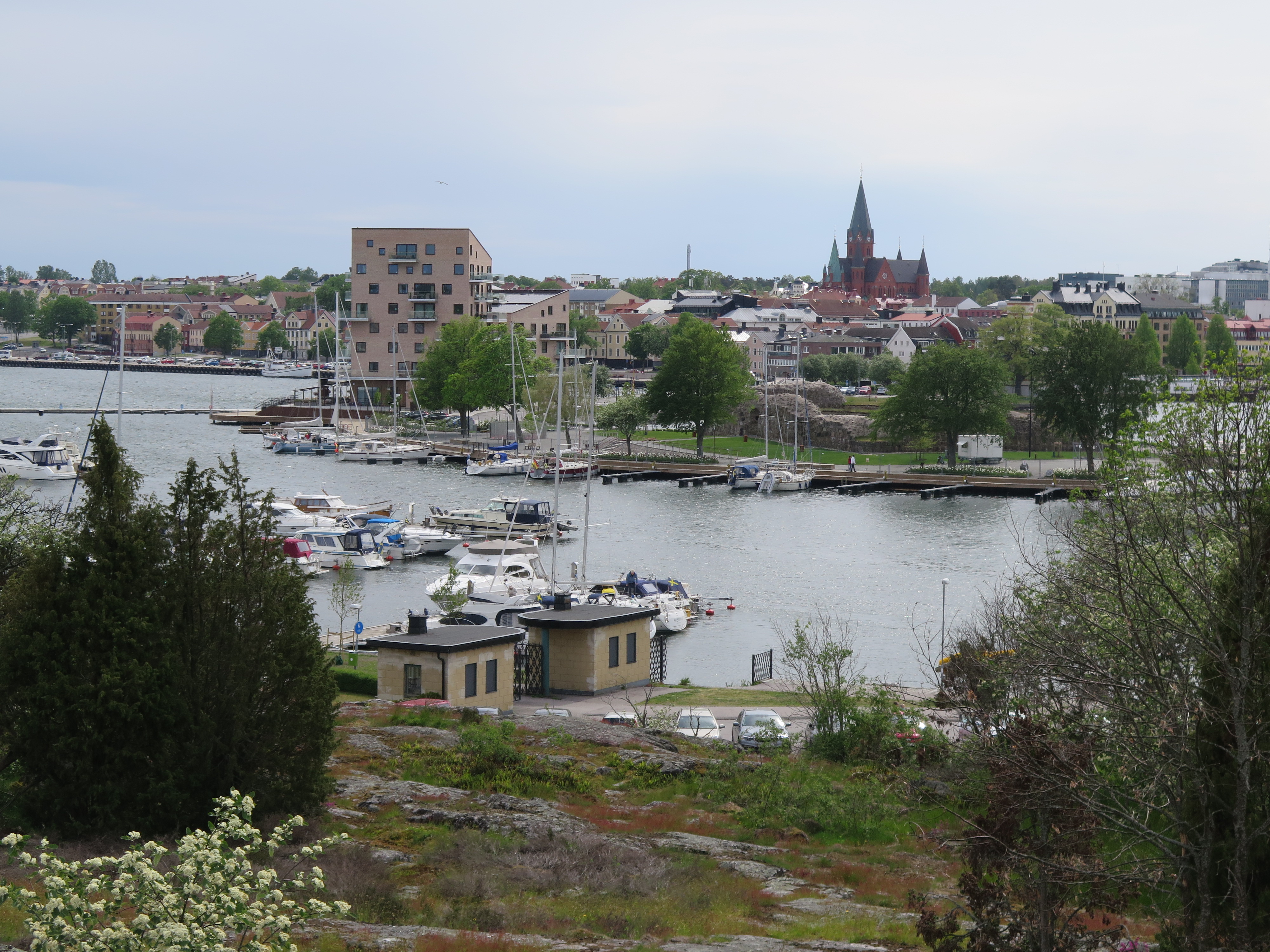