This is becoming something of a pattern – we waited another day before heading off again. With strong winds forecast, we decided that Vastervik would be the most sheltered place (despite being quite open to the south) and so moved berths to one we thought would give us a better lee from the expected winds. That done we headed off for a walk around the next-door island – Granso. The island is a nature reserve, though with quite extensive summer houses for the Swedes to play! We walked across the canal round to Granso Slott (castle). This has had a chequered history. While it can be traced back to medieval times, the original castle dated back to 1807 and, in common with most properties at the time, was a wooden structure. However, also in common with most properties of the time, it burned down several times! The modern structure dates from around the middle of the 19th Century, but even that fell into disrepair gradually and has in recent years been restored into a hotel and conference centre/wedding venue. It has a lovely location, but with things not really appearing open, we carried on and did a circuit round the island.

We did also try to go to the Vastervik museum, but this was closed for a holiday day – we mis-timed that!

So – today we set off again and, as a first, the sails came out – well the jib anyway. With a nice following breeze, we managed to run all the way down the inlet at Vastervik, but then we had to turn sharply south through a very narrow gap at Sparo. The lighthouse on the island is very distinctive. It is 25m tall and was built in 1777. The walls at the base are apparently 2 metres thick and is has a graceful sloping red roof, giving it a unique outline for this section of coast.

Once through this narrow gap, we were able to sail again and while we did occasionally have to take the jib in and motor as we weaved around, we sailed more than we motored – a big improvement. However, once past Alo, the engine had to come on and the jib in for the last time as a we headed due west into Klintemala. The log read 22.6 miles. We moored bows to the jetty on a stern anchor and for most of the day thought we would be the only visitors, but late in the day, two German boats arrived as well. Still plenty of space for more though! A lovely quiet spot – unfortunately, because the season has not yet started nothing is open, but the upside is that we don’t have to pay either. 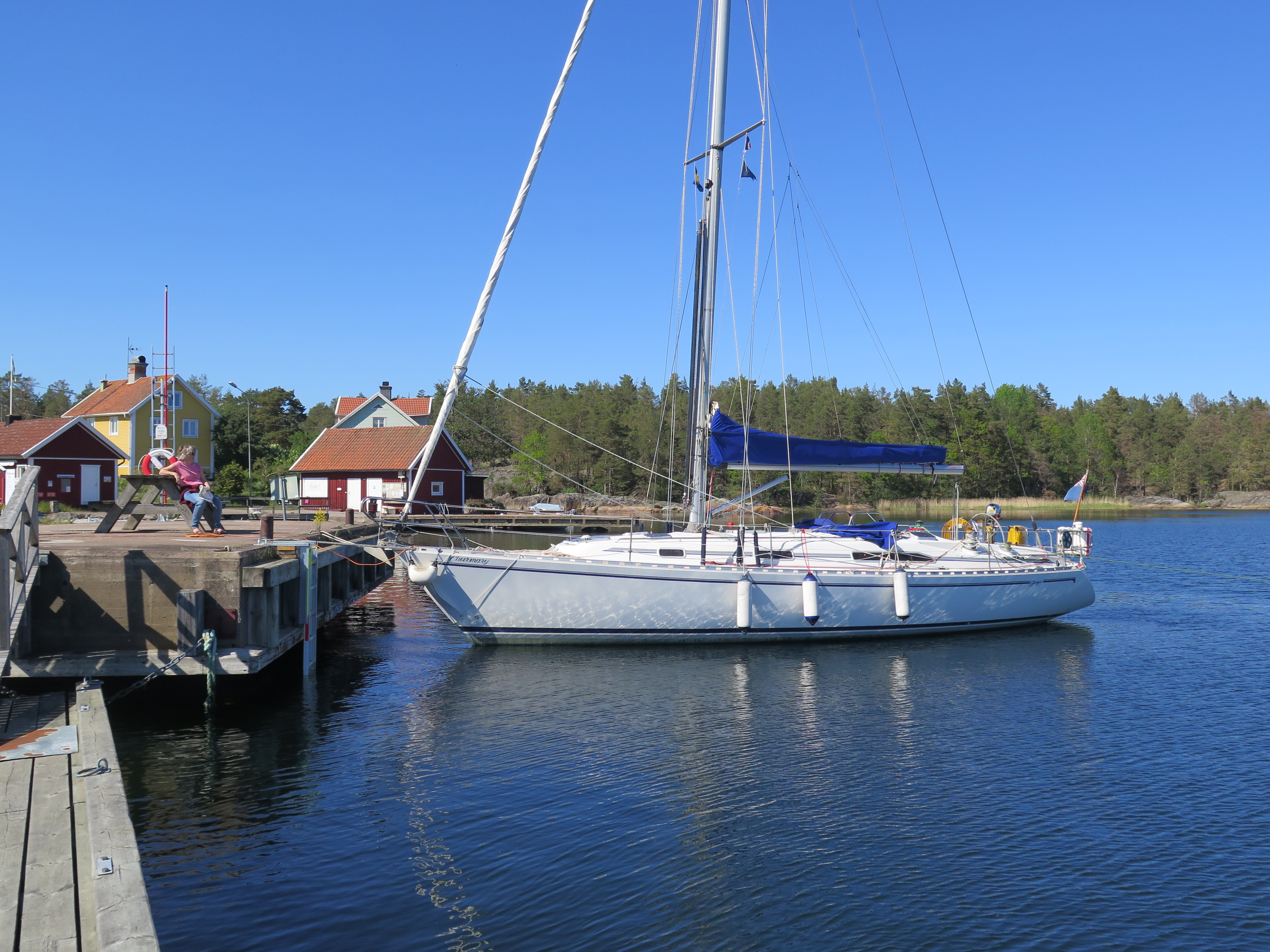