After a day’s rest (again) for a breezy interlude, we set off this morning first thing (just after 8am) heading down to Oskarshamn. We motored for 15 minutes or so to weave out of the channel to Klintemala, but once back on the main route south, the wind had enough west in it to allow us to sail. Given gusts of around 19 knots still, we went for full jib only. This lasted us well for much of the trip, but, just over an hour out from Oskarshamn, the wind drew ahead and died down to less than 4 knots, so once again the engine did the hard work. Still we had a good few hours sailing – topping around 7 knots on a few occasions.

On the way into Oskarshamn we had an intimate encounter with the Gotland ferry (this is one of the main ferry ports for Visby and Gotland) and once in we carried on right through the port to the Gasthamn near Bradholmen island right in the centre of town. A fair next to the gasthamn did make us wonder how quiet it would be, but it turned out that it was packing up already.

Oskarshamn itself has always had a close relationship with the sea. For around a century, up until 1960, shipbuilding was the main activity and there was still some evidence of the yards as we headed in with chain ferries and old Stockholm archipelago boats in dry dock. However, activity has declined and the docks have adapted. The fishing heritage of the town is also apparent with The Long Seat. This aptly named seat is 72 metres long and until recently was even the longest seat in Sweden. The seat is where the sailor’s wives used to sit and wait for their husbands to return from overseas.

Once moored we spent an entertaining afternoon watching a safety course taking place opposite. The first evidence of the course was when they threw an orange smoke flare into the water. despite having them in the locker, I have never actually seen one going off, so this was interesting. next the participants were squeezed into survival suits and made to get in the water. At this time of year, given the water temperature, a survival suit is probably necessary despite  it being a nice sunny day. Then they had to get into a liferaft, be hoisted out by block and tackle and, once they had dried off again had to fight a fire with fire extinguishers. Very entertaining from a distance! 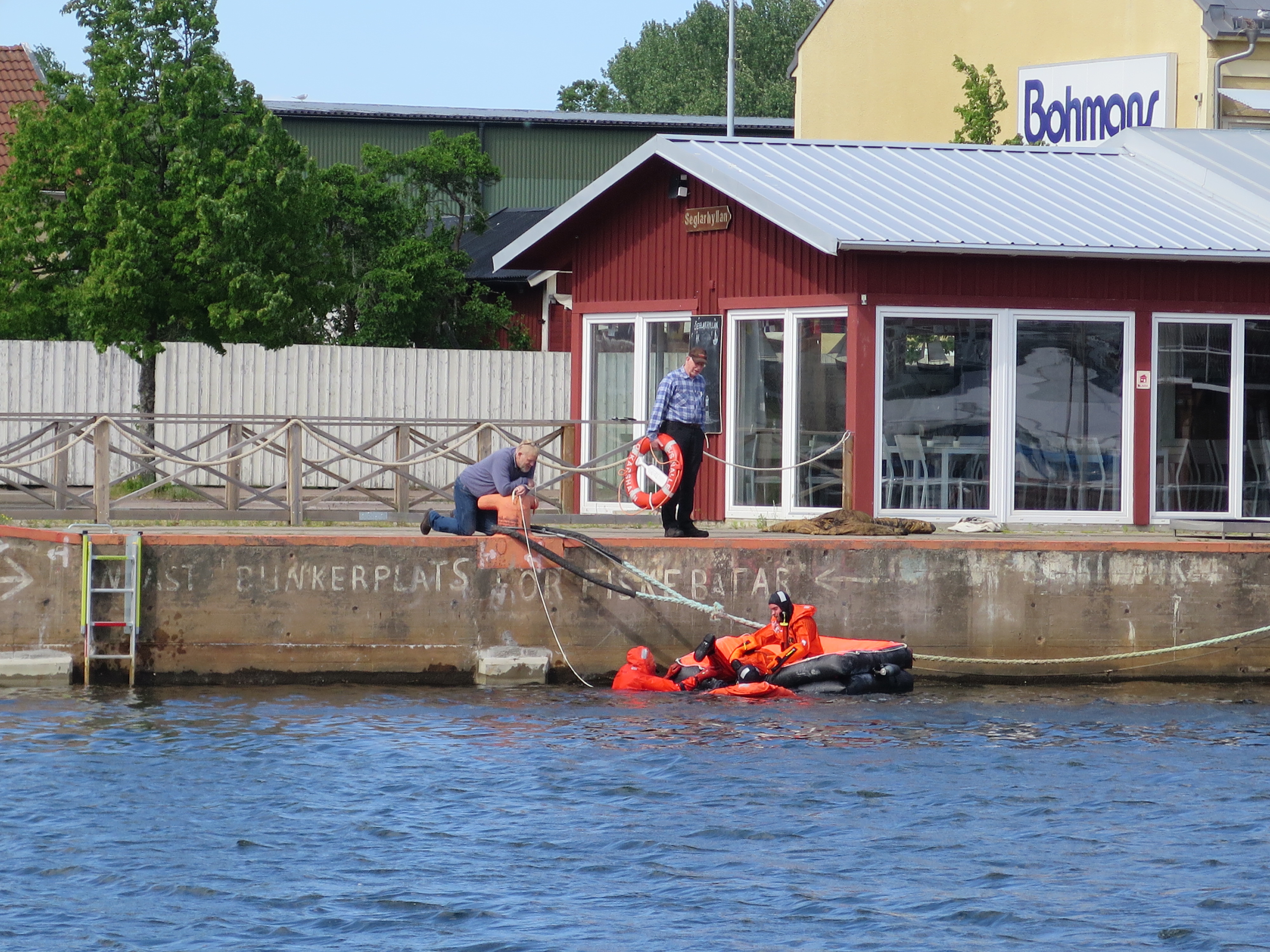