With fairly murky weather, we didn’t rush to head off, but after a few final jobs we decided today that it would be good to get going so decided on a fairly short trip south to Arkosund. In the Fiskehamn various racing boats were gathering for their Gotland race. Apparently they race double-handed from Oxelosund to Gotland, then to Oskarhamn and then back to Oxelosund. with the forecast for the week, I couldn’t say that I envied them. When we left it was still quite grey and blowing a NW3-4, but by the time we got round the corner and headed south, the wind had more or less died completely, so we ended up motoring all the way to Arkosund. However, it was good to get going. When we moored previously at Arkosund in 2016 we were met and moored up using lazy lines. However, this is far too early in the season to expect to be met! So, we moored alongside with plenty of space to choose from. Everything was still firmly shut, though we did meet another boat which had the codes for the facilities, so we could at least use them.

With a fairly grotty forecast for tomorrow, we are planning to stay for a day to wait out the wind. 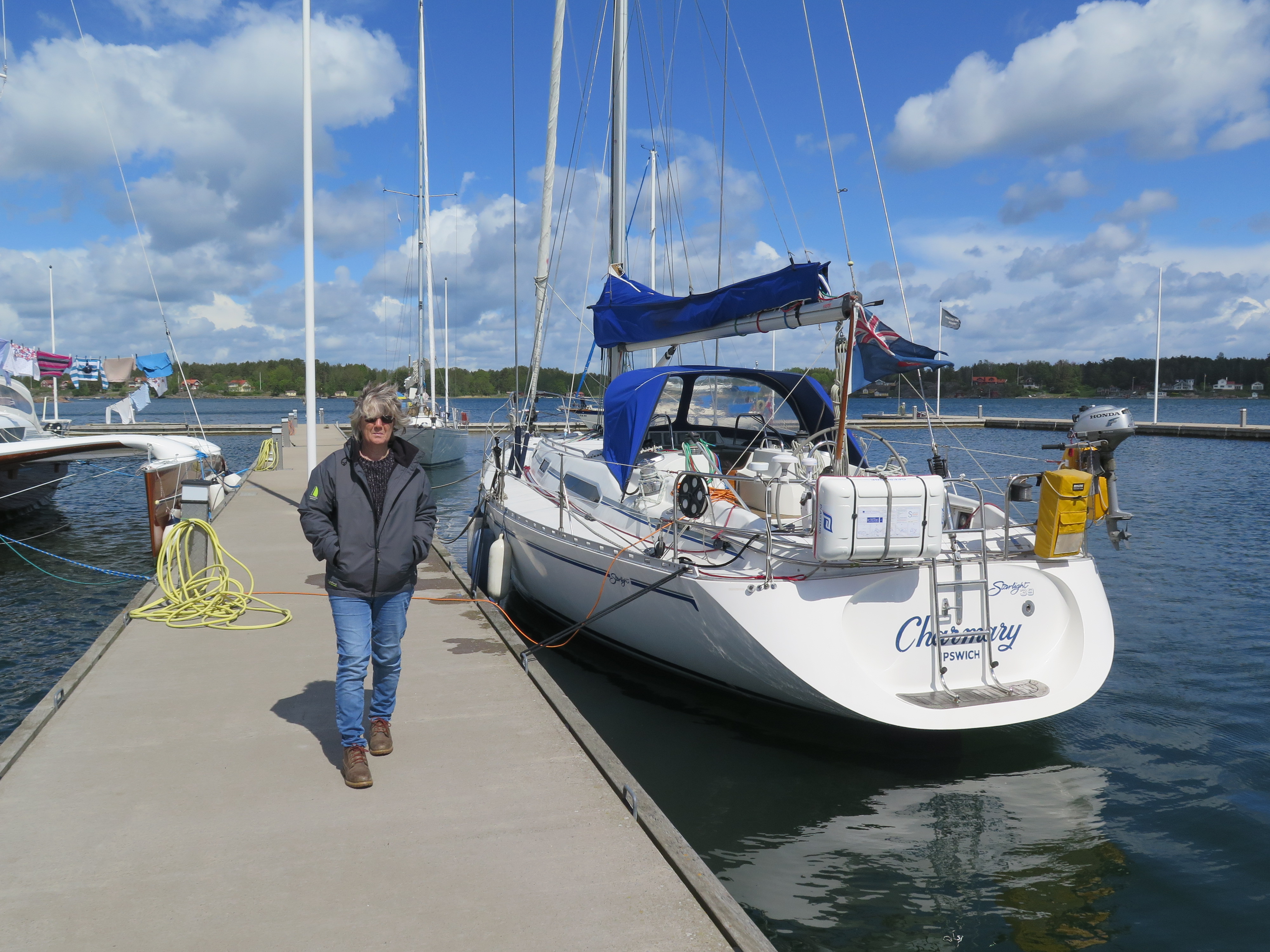