We decided to have a day off in Karlskrona today to look round the various museums. As a UNESCO world heritage listed city, it is an intriguing place. The listing relates to its naval heritage and it is the last remaining naval base for the Swedish Navy. As we came in we did see one of their stealth corvettes moored up, though I thought that may have made it a bit of a mis-nomer as we managed to see it. Hopefully other navies can’t …. Anyway, when we arrived we headed to the Tourist Information – always really helpful in Sweden – and asked about tours. There was one available to Lindholmen Island which is part of the naval base, so when we booked the tickets we were asked for our passport numbers or Swedish Social security ID number. We had to rush back to the boat to get the passports.

The tour itself started with a short boat ride on one of the inter-island ferries and we were dropped on Lindholmen and met by a guide. he showed us round various buildings, but the most interesting was the Repslagarbanan or rope walk. This is similar to the one at Chatham and is 300 metres long – apparently this was the length of shed required to make a standard length of anchor warp of 180 metres. The building is just a huge wooden shed dating back to 1690 and rope production finally ended there in 1960. 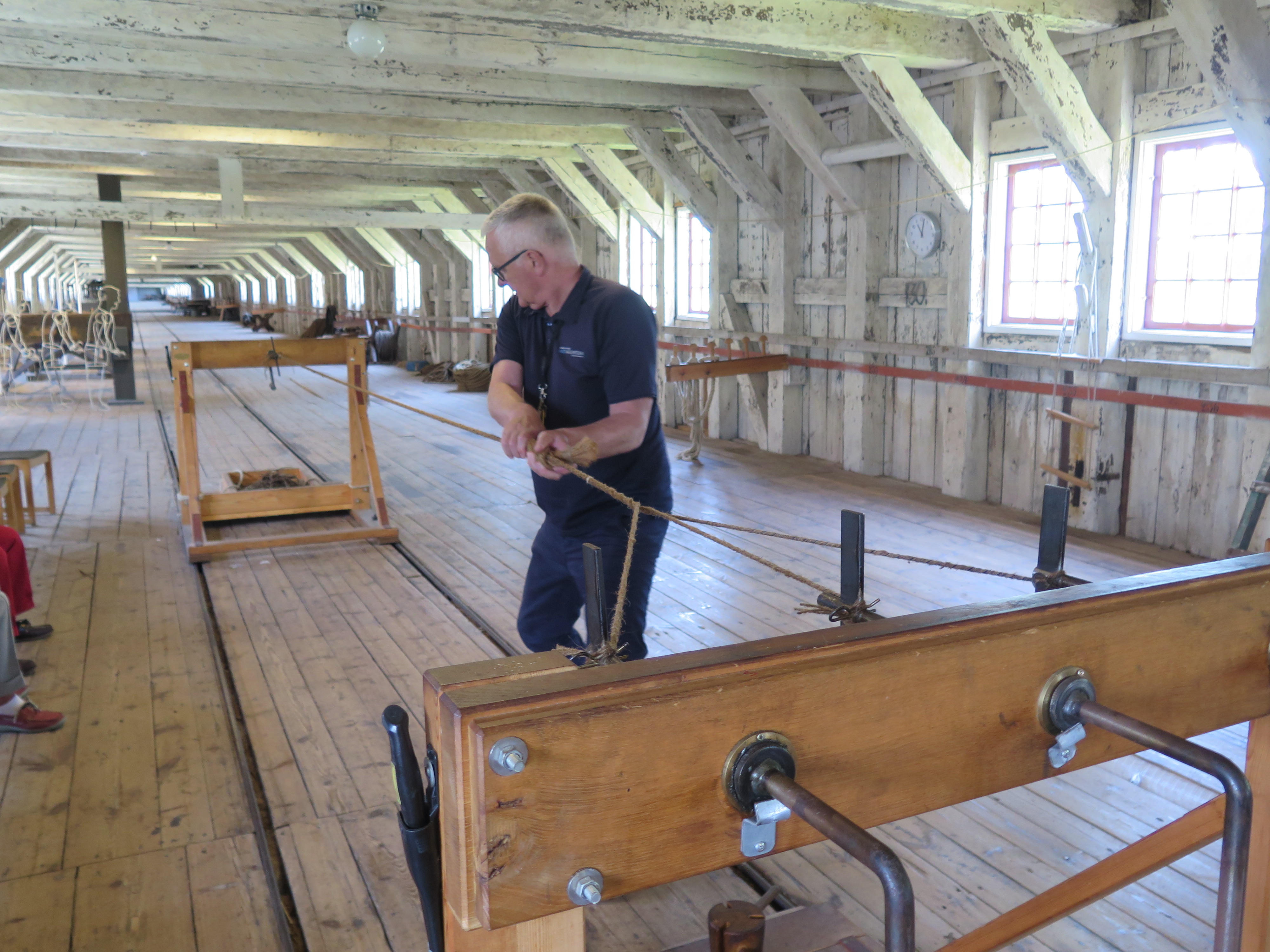 The guide showed us how the rope was made and we even ended up making a short length of around 8 metres. He was a fount of knowledge about the whole site, but apparently the first stage of making the rope involved a worker walking backwards the full length of the shed with the raw hemp around his waist gradually twisting it to create the yarn. If someone worked there their whole career, then they would have walked backwards the equivalent of twice round the world! As well as the ropewalk we were also shown their shipbuilding shed where they built ships of the line and frigates and also the original Swedish dry dock. A fascinating tour.

From there we went onto the maritime museum and explored around that. Some fascinating exhibitions about Swedish naval history and a lovely old boat shed with original naval gigs and cutters. The naval base was originally moved to Karlskrona in 1680. Up until then the navy was based in Stockholm, but because Stockholm was iced in much longer, their Danish and other rivals had a bit of an advantage as they couldn’t get out to fight them in the winter. So Karlskrona was chosen and remains their only naval base. 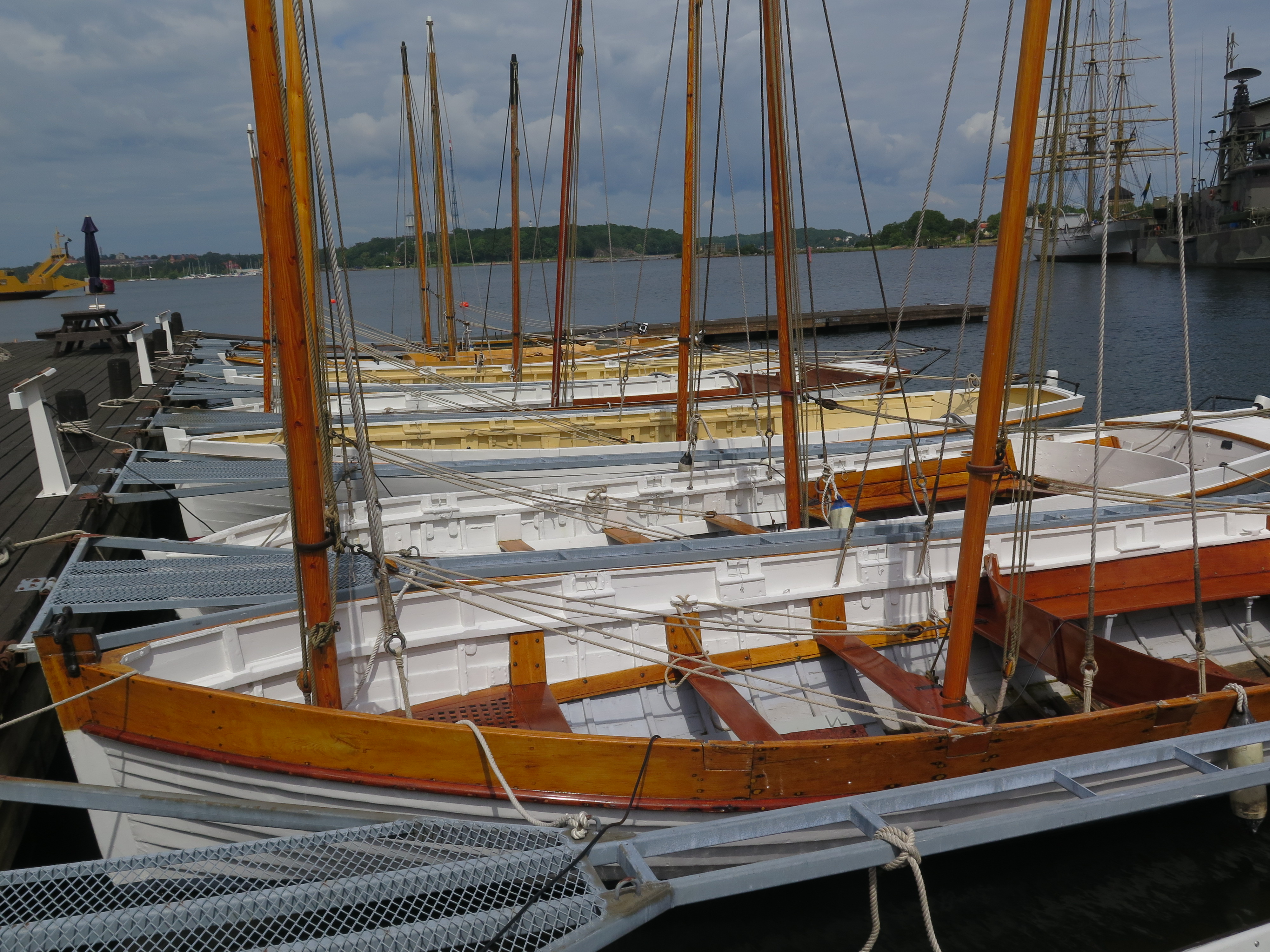