Using Borgholm as a base we spent a few days exploring Öland Island. For a couple of days we hired a car and the rest of the time wandered around the Borgholm area checking out its royal connections. Öland Island is the second largest Swedish island (Gotland is nearly twice the size by area and population) but the smallest of the Swedish provinces. It is, however, the longest and it has the appearance of having been run through a mangle making it long and thin – it is just 16km wide but 137km long.

Historically and archeologically, it is a fascinating place. The island was settled about 8000 BC and excavations have shown evidence of hunter-gatherers dating from the Paleolithic era. There is more extensive evidence of Iron Age and Viking settlement with extensive grave fields and burial grounds. These include ship burials as well as burial mounds, stone circles and other styles. One of the best we visited was at Gettlinge with a very obvious Viking ship burial right beside the road. 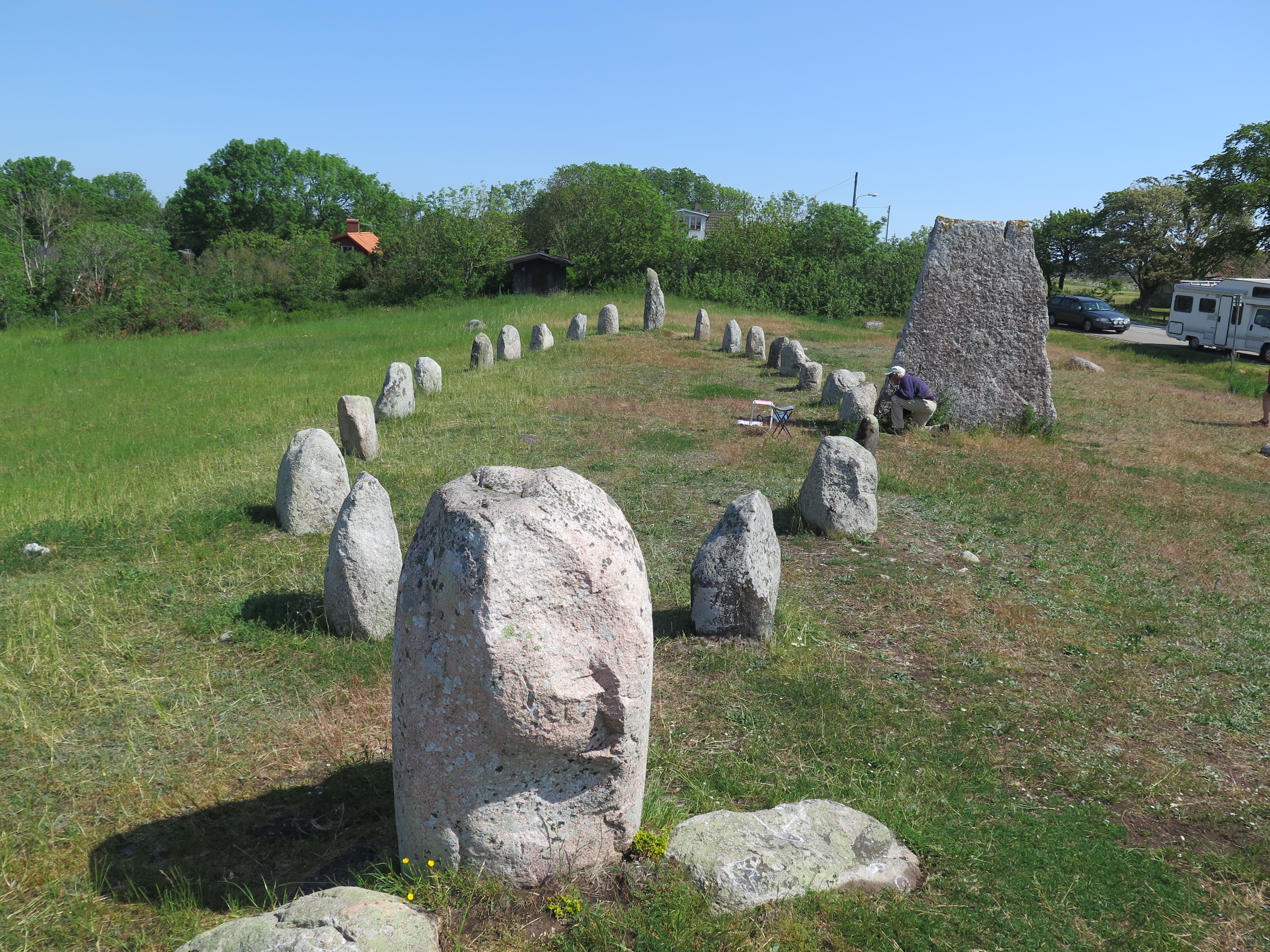 We also visited one of the largest Bronze Age burial mounds – called Blårör (just outside Borgholm). This is very impressive at 40 metres in diameter and three metres high. It was investigated in 1927 and four graves were found. 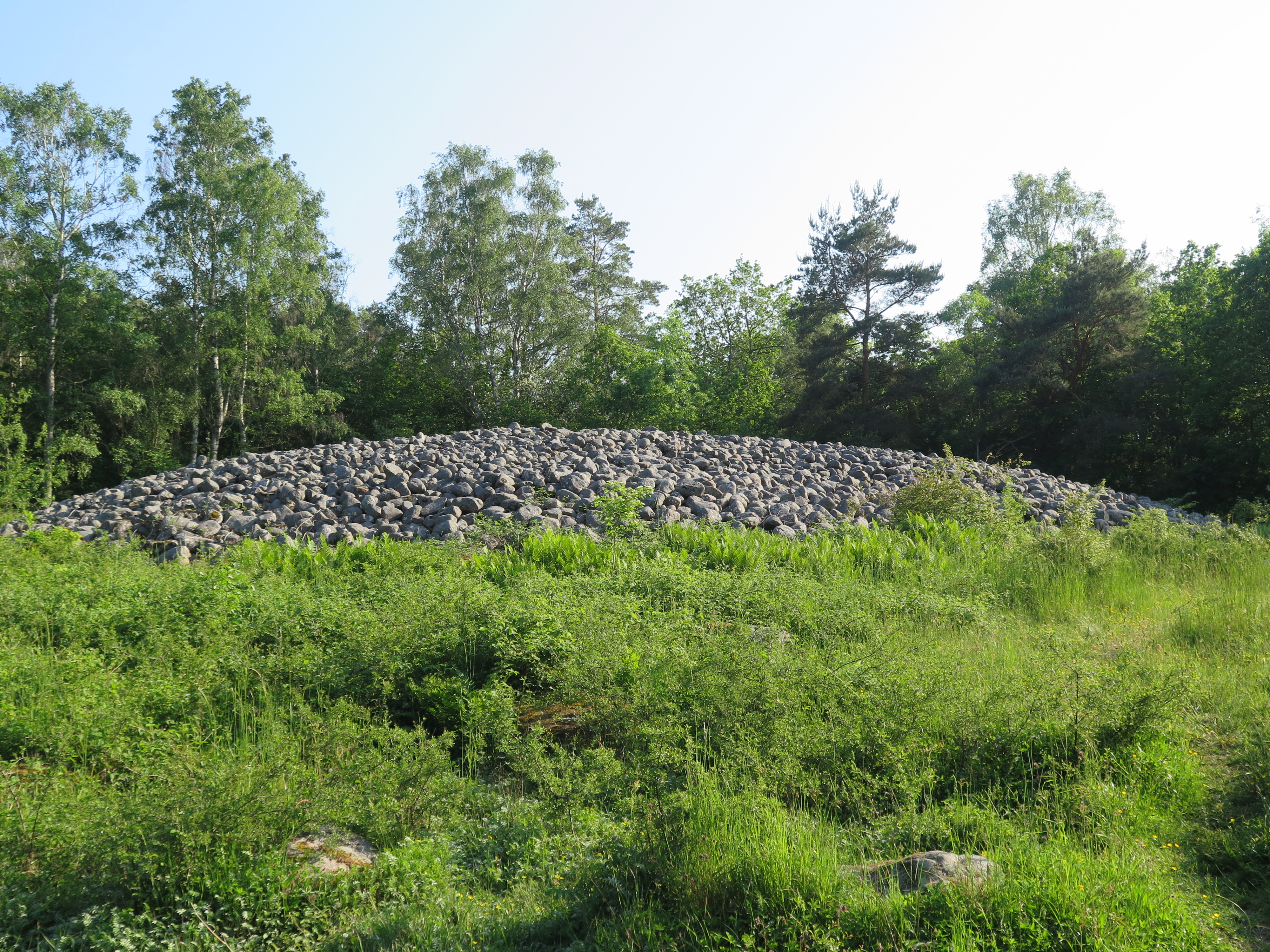 The burial sites are all found close to the coast as it is really the only place on Öland where the soil was deep enough. Most of the island is very flat and is a limestone plateau. In fact, the whole southern half of the island is a UNESCO-listed site recognising the unique habitata that has been created by the interaction of man and the environment. The Stora Alvaret, as it is known, is a limestone pavement and over the years has been grazed by farmers using methods (and farms) which have scarcely changed since the middle ages. This lack of industrialisation of agriculture has maintained the Stora Alvaret in the same way for centuries and resulted in it being a unique habitat of numerous rare and endangered species. The first known scientific study of the biota of the Stora Alvaret occurred in the year 1741 with the visit of Linnaeus and it continues to be studied and protected through its UNESCO listing which is interestingly on the ‘cultural’ rather than ‘natural heritage’ list because of the way it has been preserved. We went for a 6km walk around the Alvaret and even on that walk spotted numerous rare species and also beautiful burnt-tip orchids. 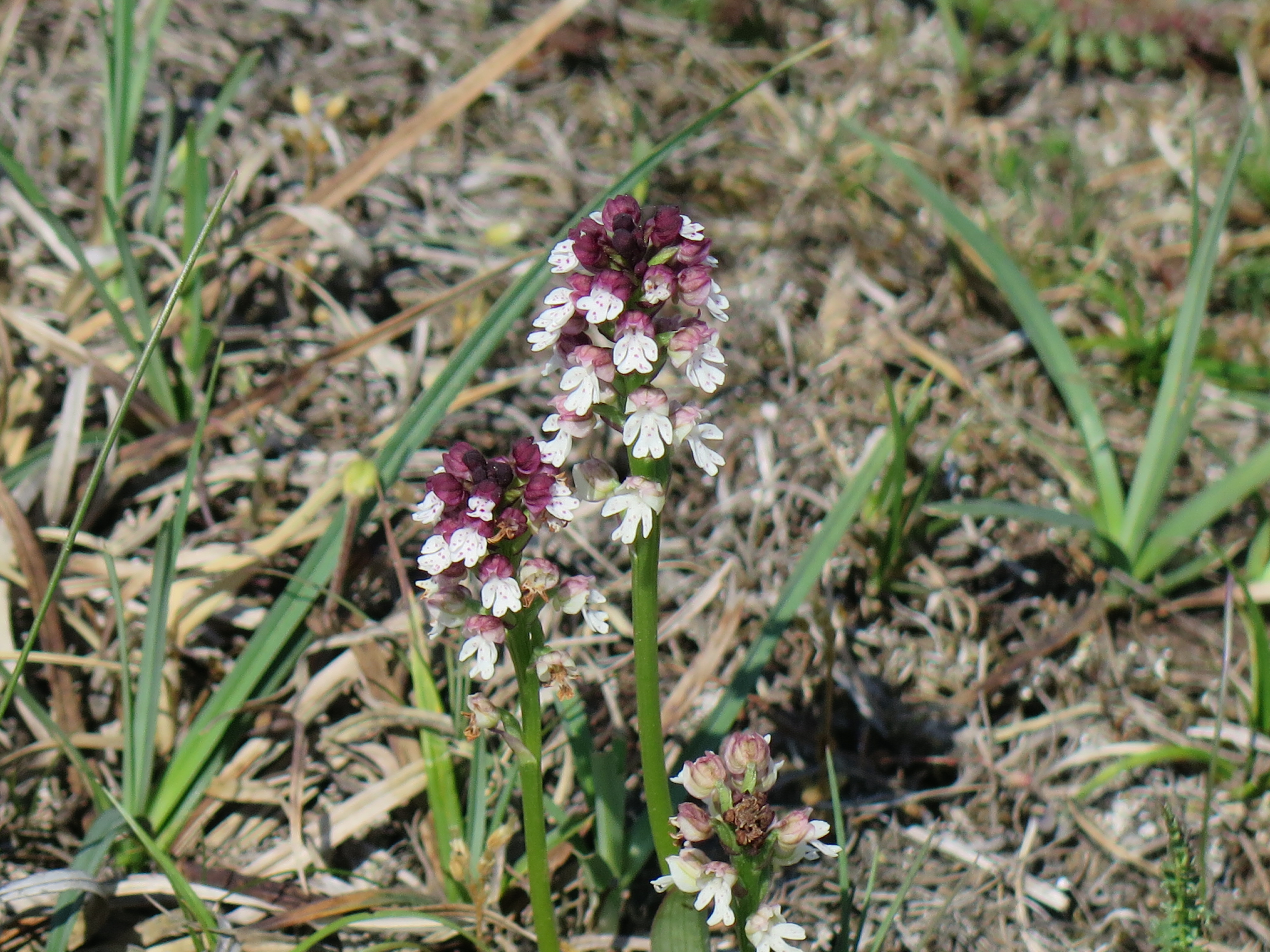 As well as the burial sites, the island has more than its fair share of iron age forts. We visited three – Gråborg, Ismantorp and Eketorp. The three differ considerably in the way they have been preserved. Gråborg is just the very impressive ring walls with a restored medieval arch entrance. The walls would originally have been 8-10 metres high, but even what is left of the ring wall is impressive at around 4 metres high. The shape is slightly elliptical and about 210 metres by 160 metres. 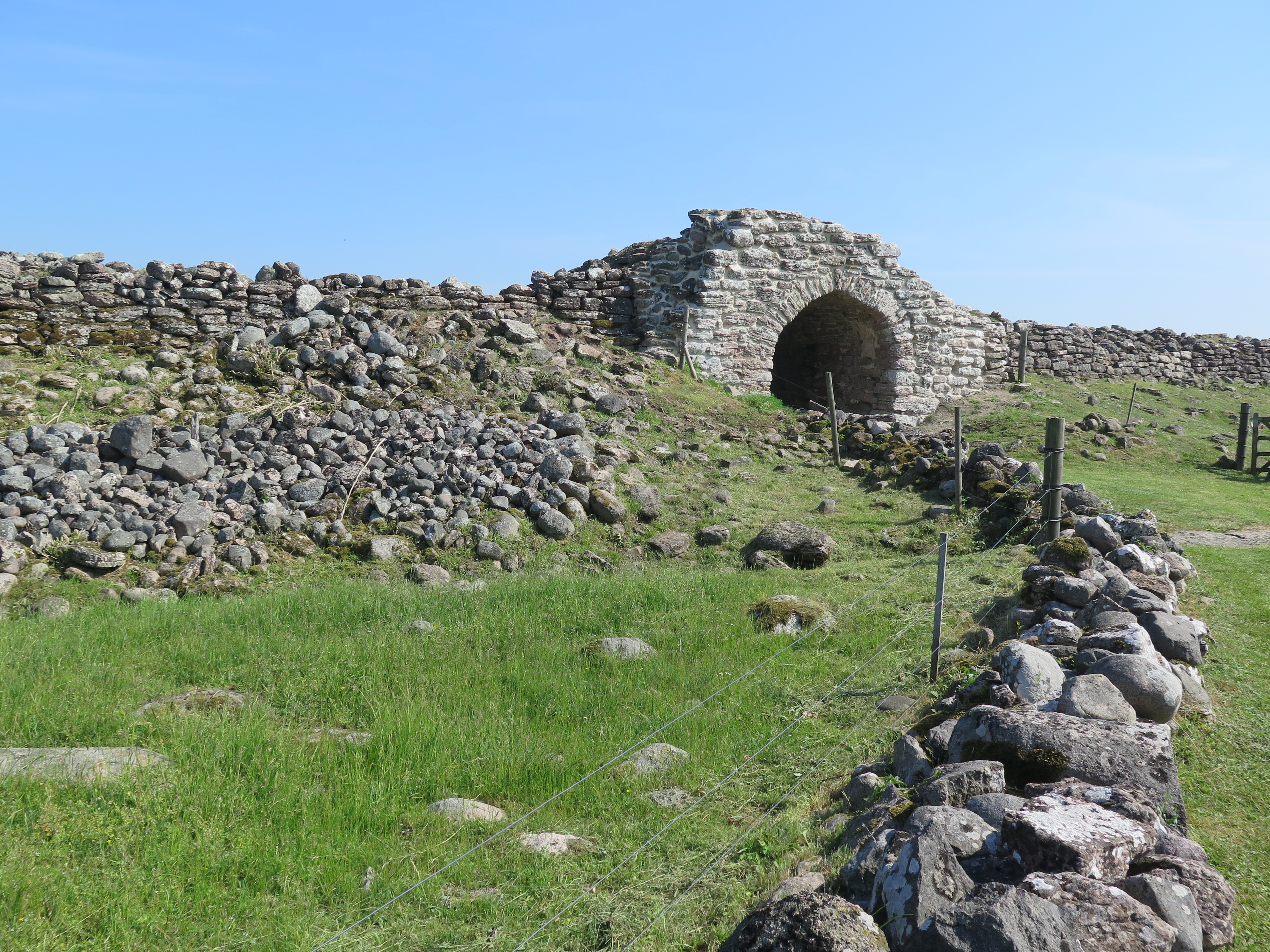 Ismantorp by contrast has less remaining of the outer walls but all the outlines of the houses within the walls are still visible, giving a more detailed impression of what life would have been like within the fortifications. 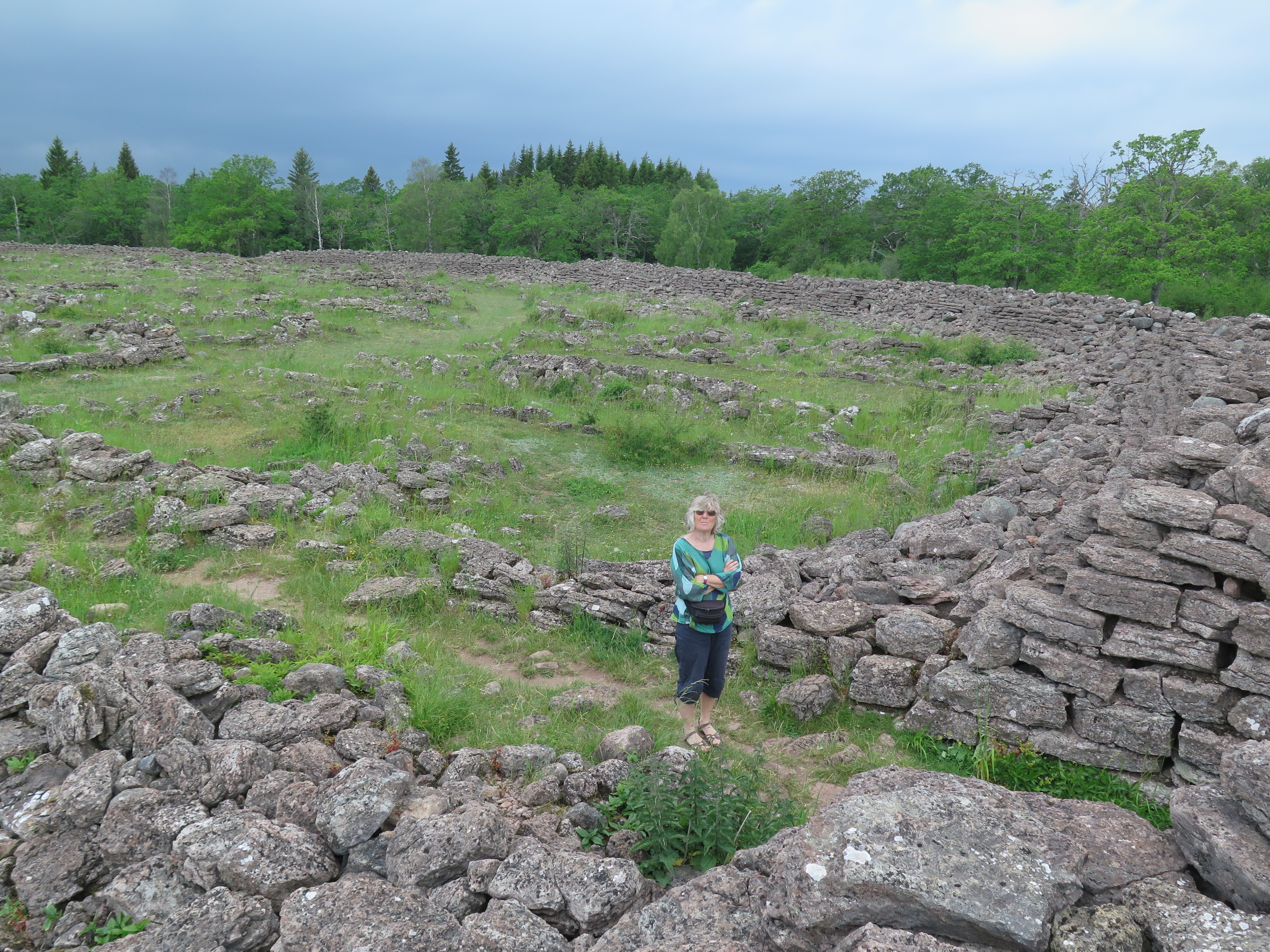 While we had the car we also drove to the northern and southern tips of the island and the over-riding impression as you drive around the island is of the Netherlands on steroids. Windmills are everywhere. Once they were a sign of prosperity for a family, but the amazing thing is that many of them have been preserved and stand exactly as they did, though rather more static than they used to be! Around 400 mills remain, many of them maintained by local associations and is it not uncommon to see a row of several together. 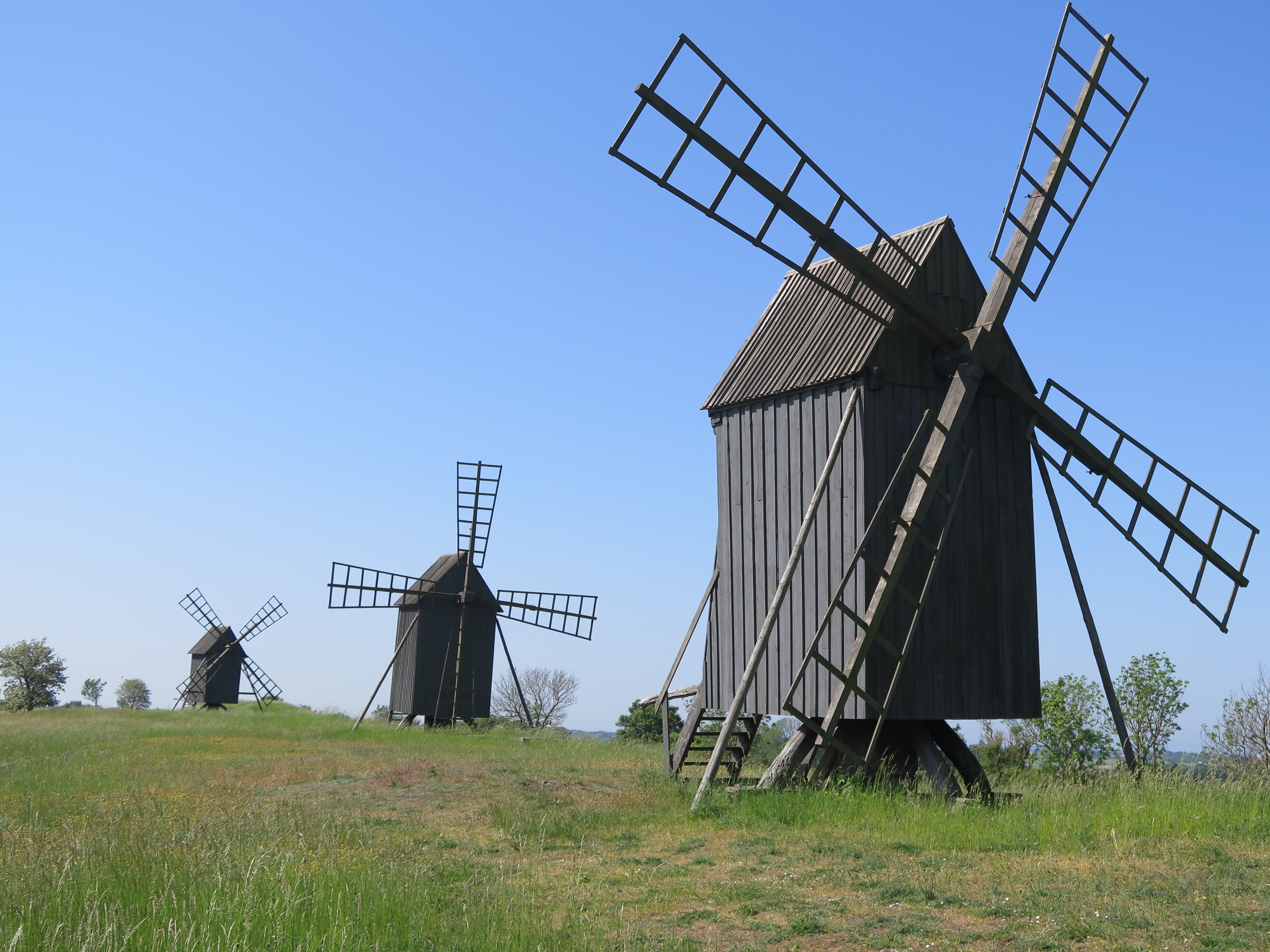