The next few days in Kalmar were grotty and grey – the only colourful thing being vast numbers of teenagers in sailor hats and costumes driving around on the back of trucks with trees for company. Bizarre as this sounds, this was exactly what happened – two days in a row. I am assuming that this is some sort of post-graduation (from school) ritual with the sailor suit presumably expressing their freedom from being institutionalised over their period at school? The irony of that may be lost on them ….. The trees in the back  were perhaps an attempt at offsetting the carbon footprint of driving round and round the streets of Kalmar in  trucks? The loud music and screaming and general noise were an irritant, but a relatively minor one until they gathered around the guest harbour early in the morning. However, they did eventually dissipate. 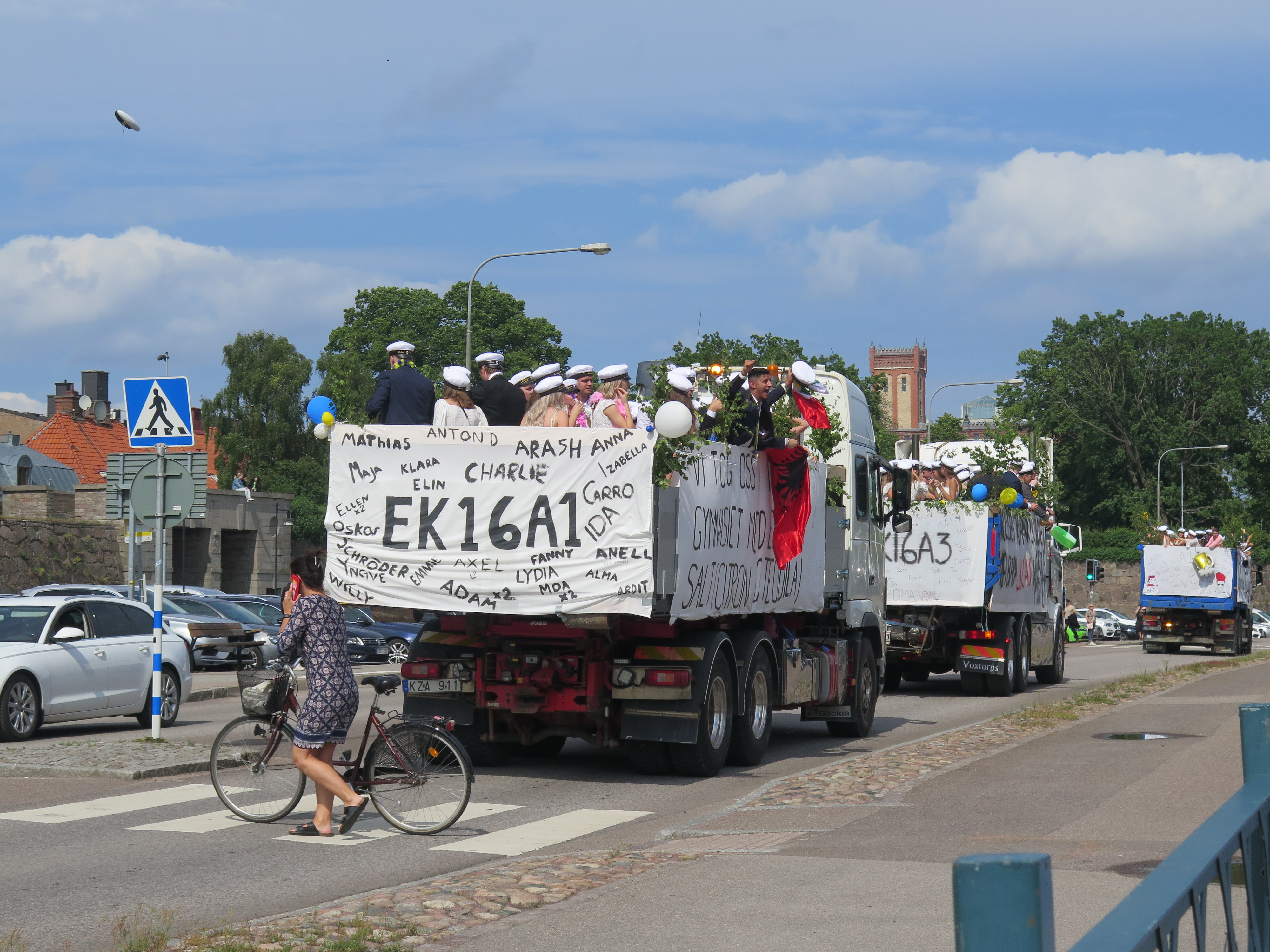 The next day though, Leslie came in late afternoon and after a few windy, wet days, the sun finally came out with a reasonably decent forecast. So, around 8am we set off south. We obviously woke up before the wind as, after an initial failed attempt to sail, we had to motor for just under two hours. However, the wind then filled in and bang on the wind, we made a course close to Kristianopel. However, it gradually headed us and increased and we then had a lovely sail. We  had to tack a few times to make it round the shoals off Kristianopel, but we made good time arriving about 2.45pm. The log showed 37.6 miles, but for our actual track, follow the link below:

We then had a nice wander round Kristianopel and along the old town walls – a vestige of when it was a fortified town in the 17th century as it was on the Danish/Swedish border and fought over for many years. 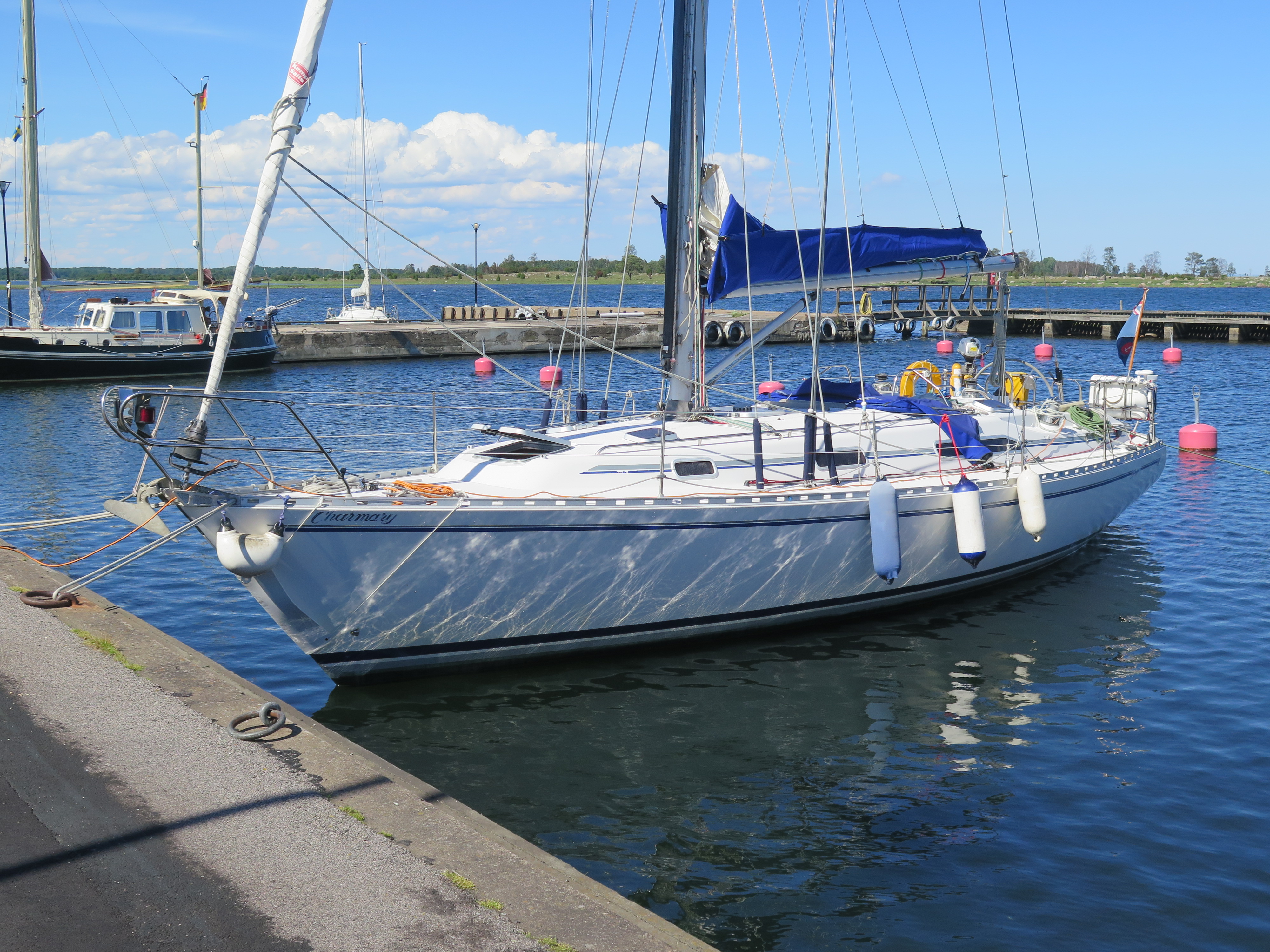