The passage down the Elbe is not an exciting one in terms of the scenery or coastline, but can be a very exciting sail in the wrong conditions. With anything over a Force 4 from the west and the tide ebbing, the river can deliver a very nasty chop, so heading in this direction, we wanted to grab a weather window while it was there. It wasn’t an ideal weather window with rain forecast, but winds were set to be light, so we made the most of it and headed off, as planned at 7am from Brunsbüttel. Amazingly, after our experience of waiting yesterday for the Holtenau lock, we had the exact opposite. We were actually still preparing the warps and fenders ready for the lock while I was motoring across when I noticed the single white occulting light was flashing, so we opened up and headed straight in. We just made it before the lock gates closed behind us. There was just us and one other boat.

Given it was just before high water, the lock didn’t have far to go and we were out by 07.20. The wind, as expected, was too light to sail, but with at least a knot and a half of tide against us we wanted to motor anyway to make some progress. We were making just over four knots over the ground, which was adequate as we knew the tide would turn within a couple of hours. The visibility closed in, but we still had around a mile or so we could see, though we weren’t too bothered as we outside the main ship channel anyway. By 10.45 we were off Cuxhaven making 8.4 knots OG – the tide had definitely turned and this was neaps. At springs the tides are very fast – well over 4 knots at their maximum.

By just after midday, a nice sailing breeze of around 11-12 knots had come up and so we hoisted full sail and turned the engine off, making the most of a lovely close reach and sailing at around 7 knots. Sadly, a few hours later, this gave up and then engine had to go back on …. not to be turned off the whole trip. The wind was from ahead and varied the rest of the time between 4 and 9 knots – not quite enough to be worth putting the sails up again. By 16.30 we had crossed the Jade estuary channel down to Bremerhaven and by the time it was dark, we were off Juist (of Riddle of the Sands fame). Our passage plan had always been to catch the tide down the Ems to Delfzijl, so we wanted to maintain at least five knots to do this. In fact, we were quicker than this and by 01.30 we were at the safe water mark ready to turn east and then south for the final 35 mile run in down the RIver Ems. The easiest way to do this was unfortunately with both of us on watch as there were various unlit buoys, so it was much easier to have one navigating and one watching for the buoys (and ships!) down the channel. The channel weaves around all over the place as it heads down towards Emden and Delfzijl. There is plenty to look at, but it is all highly industrial and we weren’t in the mood for looking as by this time, the rain had set in well and truly and it was miserable. However, we were doing almost 9 knots over the ground for the last stretch, so at least our passage planning was right. We moored eventually at 06.10 at Neptunus Marina in Delfzijl. In under 23 hours we had logged over 141 miles – an average of 6.1 knots, though the tide did help quite a bit with that! As we had both been up much of the night, we just went back to bed for a few hours ….. 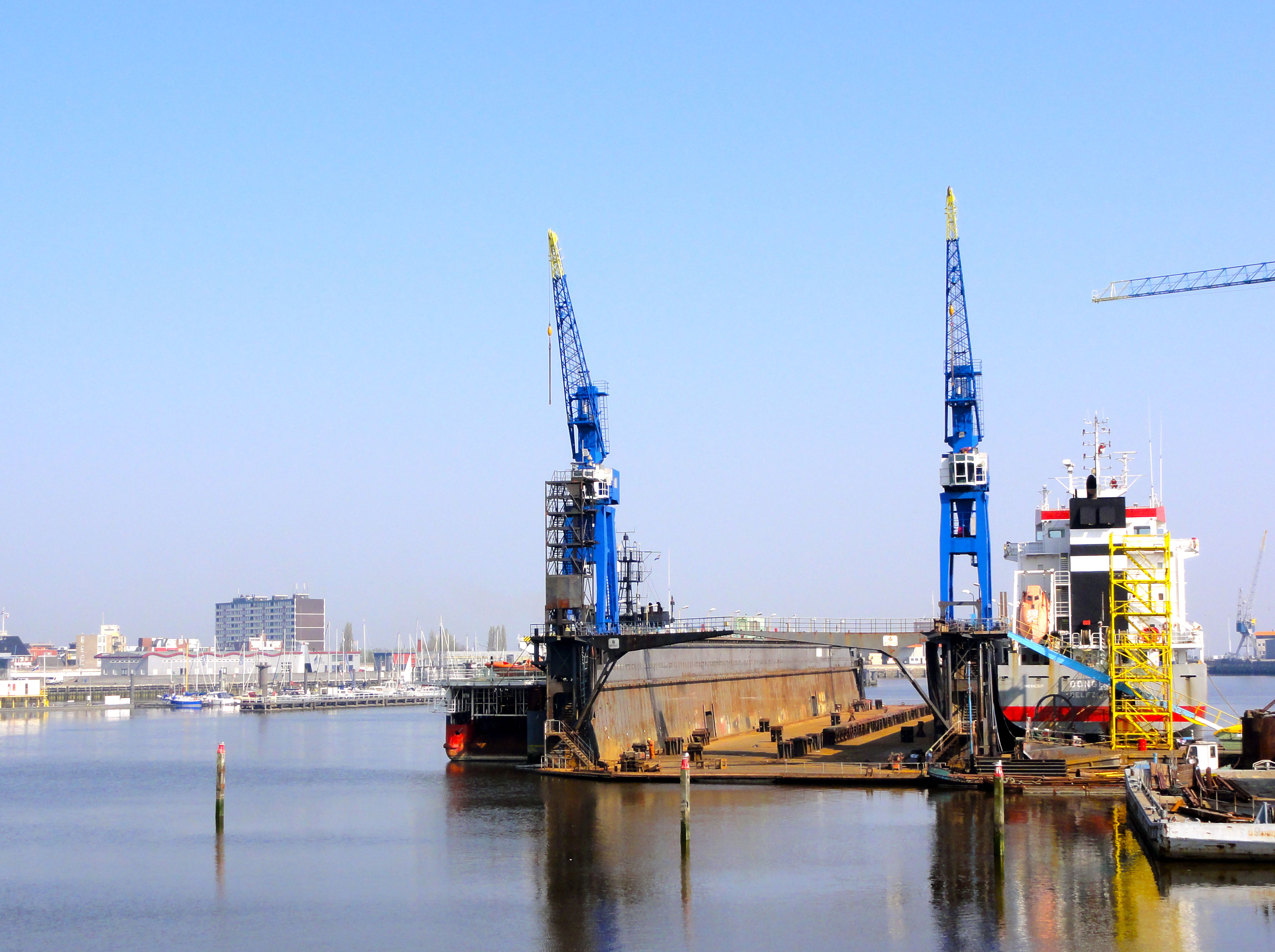