After sorting out a gas crisis (in the sense that we ran out and couldn’t cook!), we headed off from Neptunus marina at Delfzijl into the canal system. For the first few miles the standing mast route is lovely and straight and few bridges, but that is really just to lull you into a false sense of security. The initial route is on the main Eems canal which the barge traffic also uses. However, we soon had to turn off from that as the bridges would have been too low for us. Once onto the standing mast route proper, the canals get narrower and windier. We made good progress though and arrived at the first bridge in Groningen at about 12.40. This meant hanging around for 20 minutes as, through the towns, the bridges are normally closed for lunch between 12 and 1pm. This was no hardship though and we were soon heading through Groningen as a convoy of about three boats. Again, this was just to lull me into a false sense of security as boats starting popping up between bridges until we were a convoy of around 9 boats. This certainly made life a lot more interesting as between bridges, you generally have to wait quite a time to wait for the bridge-keepers to catch up. We reckoned that there were two and they would leap-frog round each other, but even so, it was slow. In total we took over two hours to get right round Groningen. The Dutch canals require patience, but primarily the ability to hold the boat still without moving too much and hitting boats around you!

Once through groningen we made good progress and we got through the last bridge into the Lauwersmeer with just over half an hour to spare before the last opening. The rest of the convoy then peeled off, but we decided to carry on through the Lauwersmeer to the Jachthaven Lunegat. This was familiar to us as we had stopped there on the way out as well. we finally got there at 20.10 after logging 47.4 miles, though some of this may well have been backwards as well given all the manouvering around between bridges.

Follow the link below to view the track through this part of the standing mast route: 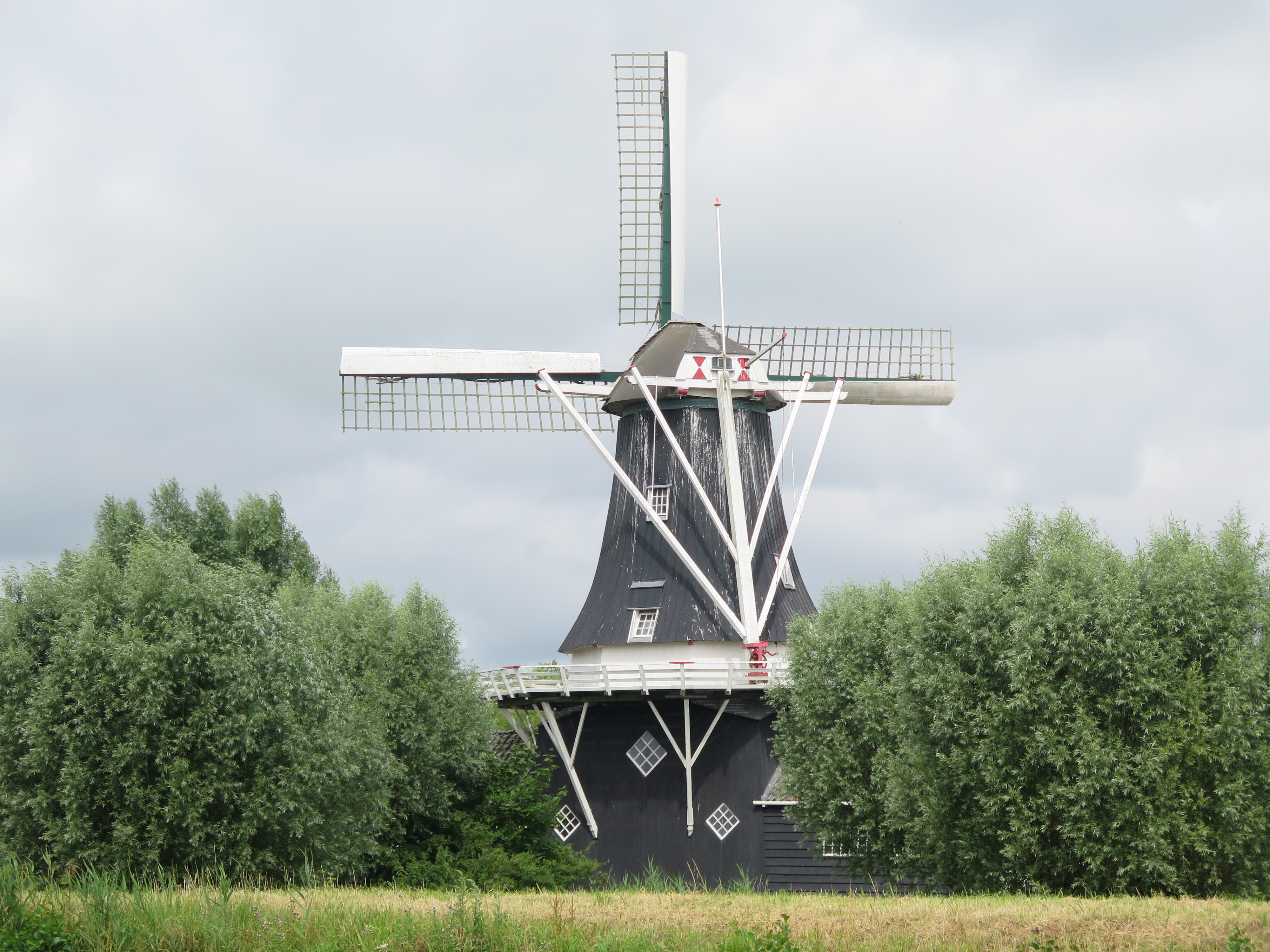