Holtenau to Brunsbüttel …. After an evening in Laboe and a nice pizza at the Italian restaurant in the marina, we decided to head off again early. The plan was to do the Kiel Canal in one day. Given that it is 55 miles end to end, this is a long day, so we started early, hoping to get straight into the locks and make some progress early on. As it turned out, we could have had a longer lie-in. We got to the waiting area by the old locks, tied up temporarily to find the pay station for the canal transit fee and then headed off to wait and wait and wait …. Several other boats turned up and annoyingly, a group of three Danish yachts turned up just in time to head into the lock. We had been waiting for over an hour and a half! Ah well – you can never tell with the Kiel Canal locks as it all depends on the commercial traffic. We had to wait for two ships to enter the lock and finally, we got in at 06.55 having left Laboe at 04.40.

Once in the lock, it is all very slick and we were the other side and on our way by 07.10. Then it is just engine on and go and keep going and keep going. At times it is like the M25 – featureless, busy, but the key difference to the M25 is that you can keep moving and by 15.55 we were pleased to have got one of the last alongside spaces on the pontoon at Brunsbüttel marina, just inside the locks at the other end. We had planned to leave around 6am the next morning, so we tried to dissuade people from coming alongside. We thought that just being an English boat might be enough to scare most European boats off, but it was all to no avail. Every time the Brunsbüttel locks opened, another half a dozen or more boats came into the marina. Eventually, a German boat approached us, so we offered, because we were going early to move out and then go back alongside him, which he agreed to. There then ensued a long debate (his English was immaculate as he had worked for many years in Basingstoke ….) about the time of departure. He was also heading out of the Elbe (he was from Wilhelmshaven) and was very insistent that we were aiming to go too early as the tide wouldn’t turn for at least a couple of hours after we would leave. We explained we knew this, but wanted to allow plenty of time for the lock and also to buck the tide for an hour or two. He even brought out the tidal curves and tide tables to try to persuade us. Eventually we decided to leave around an hour later, but having had the experience of waiting nearly two hours this morning for the lock, we didn’t want to run the same risk. Of course, then another boat came alongside, but he was happy to leave early as well. We were the lucky raft being only three out – others were rafted up to five out …. 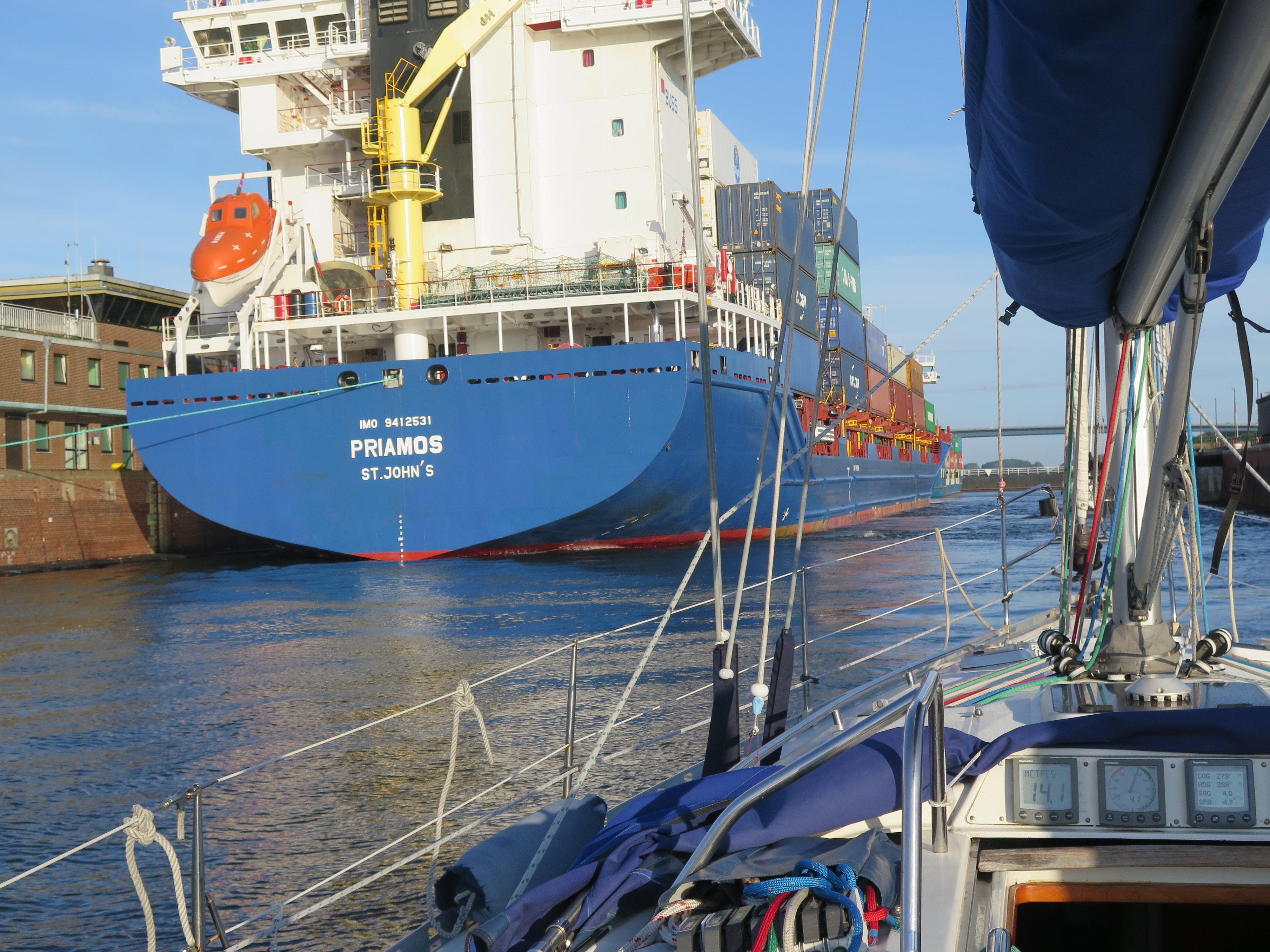