Who needs bouncy castles? All you need is a nice force 5 bang on the nose and a nice shallow Danish sea and you can bounce up and down perpetually for hours …. That is what we got today. We set off just after 8.30am, but it was still blowing around 17-20 knots. Leaving was easy – we just got blown sideways down the harbour! Once we headed out of the channel, we had to motor the first couple of hours anyway to get through the channel and under two 25 metre clearance bridges. Once under the second, the short sea really kicked in and we bounced our way slowly towards Vejrø. At times we were making under 4 kts OG, but when the sea settled a little, the pace picked up. Eventually the wind started to drop and the sea settled more, but by that time it was scarcely worth sailing, so we ended up motoring the whole way. Still, at least it helped remind us what the Wallet can be like in a breeze.

We ended up doing 31.1 miles on the log and it took us 5 hours and 20 minutes. Vejrø is a private island and the most expensive harbour we have stayed in yet. At 350 Danish Kr, we expected quite a bit and it is very nice. Whether it is double as nice as Stubbekøbing is questionable, but the facilities are definitely hotel grade. Included in the price is also use of the helipad, but having forgotten to bring ours, that isn’t really much use. The harbour is also surrounded by firepits for BBQ and all the wood and coals are provided. If only we had something to BBQ! Still, a very civilized harbour and though the wind has dropped right off, it should be very sheltered in anything, so long as it doesn’t have any east in it.

Below is a picture showing why we waited in Stubbekøbing for two days – that is the sheltered entrance channel! 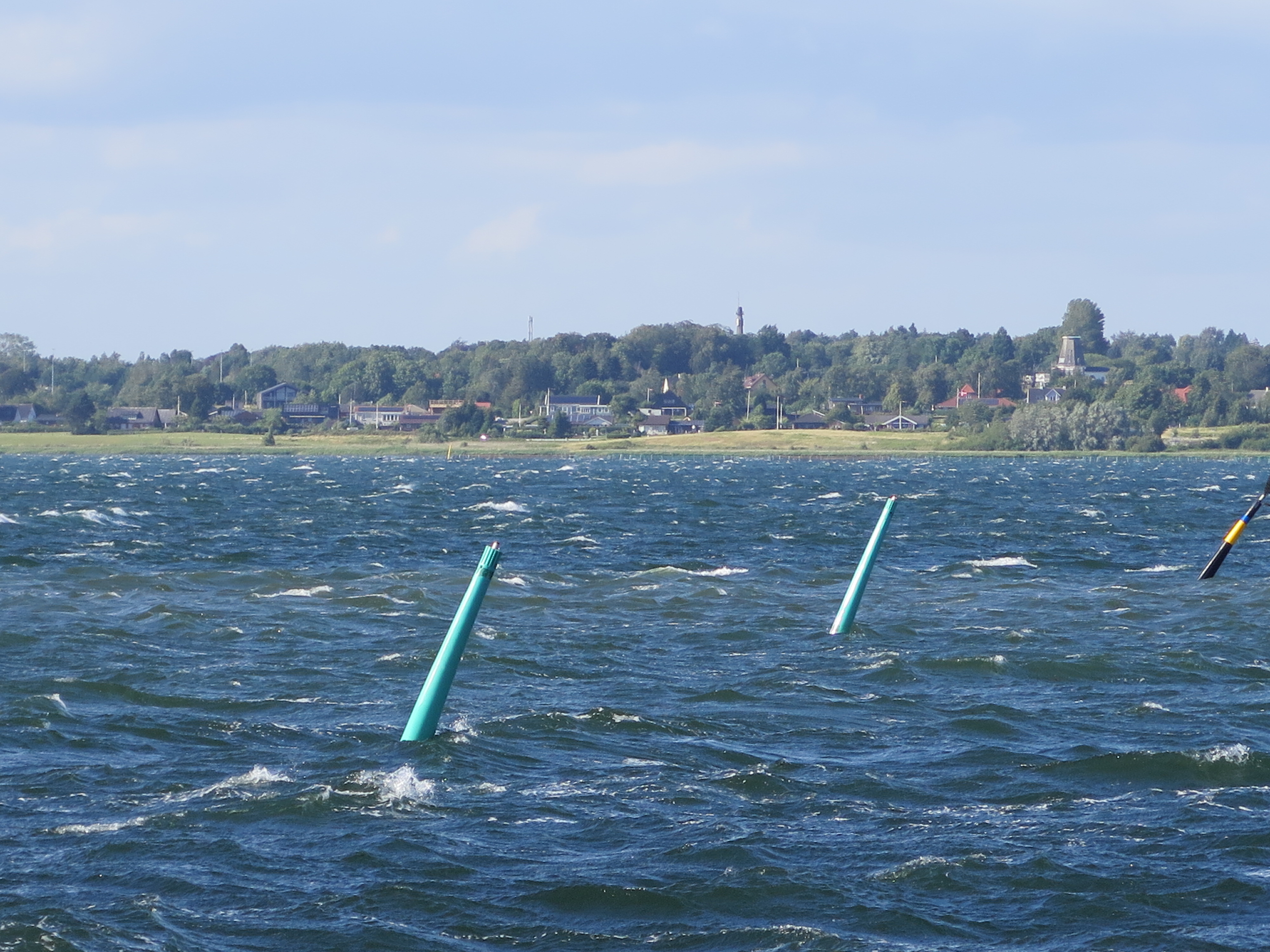